I pray all enjoy a very happy and healthy New Year of 2014.

More earnestly, I pray that more come to be saved in Christ Jesus! 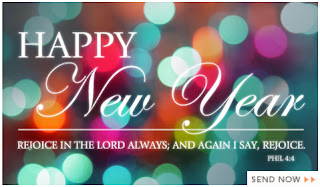 Christmas Message: The True Timing of the Birth of the LORD by Pastor David Picos, of The Lion and Lamb Ministry.

Here is our Christmas Message to all of you. The True Timing of the Birth of the LORD.

First let's turn to and read Micah 4:8 , and then Micah 5:2 , here's what it says "And thou, O tower of the flock, the strong hold of the daughter of Zion, unto thee shall it come, even the first dominion; the kingdom shall come to the daughter of Jerusalem" Now, Micah 5:2 "But thou, Bethlehem Ephratah, though thou be little among the thousands of Judah, yet out of thee shall he come forth unto me that is to be ruler in Israel; whose goings forth have been from of old, from everlasting" Now turn to Matthew 2:4-6 and let's read what the Magi said to Herod. Here's what it says "And when he had gathered all the chief priests and scribes of the people together, he demanded of them where Christ should be born. And they said unto him, In Bethlehem of Judaea: for thus it is written by the prophet Micah, And thou Bethlehem, in the land of Juda, art not the least among the princes of Juda: for out of thee shall come a Governor, that shall rule my people Israel."


To Read The Birth of the LORD Jesus Christ. Go to Luke 2:1-14
Let's now turn our focus to THE PROCLAMATION OF CAESAR AUGUSTUS - Luke 2:1-5 – "that all the world should be taxed"

Augustus ruled from 43 BC to 14 AD. Augustus is Octavian, grandnephew of Julius Caesar. Now, Quirinius was "governing" under the governor Varus of Syria at the time of the census mentioned in the Bible, probably around 7 BC as seen in Luke 2:2

Josephus refers to a census in 6 AD when Quirinius was the governor, Egyptian records state that a census was done by Rome every 14 years, and took several years to accomplish.

Herod the Great was alive at the birth of the Messiah. The problem of the timing of Herod the Great's death is related to a remark by Flavius Josephus. Josephus recorded an eclipse on March 13, 4BC which he said was "shortly before Herod died." However, the actual date of the eclipse was December 29, 1 BC. And then time between the birth of the Messiah and Herod's death is necessary since Joseph and Mary with the baby Jesus Christ fled to Egypt and did not return until after Herod's death, due to the massacre of the children at Herod's orders. Herod the Great died on January 14, 1 BC.


The LORD Jesus Christ, The Messiah, was most likely born on September 29, 2 BC.

When the temple was destroyed by Titus on August 5, 70 AD, the first course of priests had just taken office, there are 24 courses or divisions for the Jewish Priests. The course of Abijah, John the Baptist's father, Zacharias, was the 8th course. SO, tracing back, Zacharias would have ended his duties on July 13, 3 BC. The birth of John the Baptist would be 280 days later, April 19-20, 2BC, which was Passover that year, The birth of Jesus would have been six months later, in the fall of 2 BC. The VERY INTERESTING fact of this date is that it is Tishri 1 on the Jewish calendar, Rosh Hashanah, The Feast of Trumpets. Here's the breakdown...

At this time we find THE SHEPHERDS WITH THEIR FLOCKS IN THE FIELDS-as we read in Luke 2:8 . It is highly unlikely that shepherds would have their flocks in the fields during the cold winter weather.

The Lion and Lamb Ministry
Pastor David Picos, D.D.
Minister and Ambassador for Christ in the Ministry of Reconciliation (2 Cor. 5:18-20 )

Labels: Christmas Message: The True Timing of the Birth of the LORD by Pastor David Picos of The Lion and Lamb Ministry.

with Pastor Rodney Beaulieu,
continuing on the Book of Romans, I presume.

Removal of "The Daily Spurgeon" widget from this blog.

.
I had posted the following on my Facebook page, just a couple of days ago.  It is quite self-explanatory.  I care not to share his ignorance here, anymore!  I much regret having done so, for so long!  The "likes" and "shares" to be well over a thousand by now, I have no doubt!

The more quotes by Charles Spurgeon I see posted on Facebook, the more revolted I am by the man, who just couldn't keep his trap shut, it seems, so in love was he with his own wisdom! Here the newest one:

Charles Spurgeon The Prince of Preachers
"Alas, I may be sinning, for even in the holiest deeds we do there is still sin, but even then God is still forgiving. If indeed you are a believer in Jesus Christ the Lord is at all times forgiving you: as constant as your sin so constant is his forgiveness."

AMAZING IGNORANCE, which has 634 likes, and 225 shares, up to the time of this posting! How sad that so many so-called "Christians" know not the word of God!

"wow! And here I thought that ALL my sin was forgiven, past, present and FUTURE, the very instant I believed in Christ's death. Christ's forgiveness IS NOT a work in progress! IT IS FINISHED, said He! DONE!!

A Salvation Message by Bryan Denlinger

At Salvation...
...we get Election!
...we get Adoption!
...we get Sealed with the Holy Spirit!
...we get Inheritance!
...we get Predestination to Heaven!
...we get Forgiveness of Sins, Past, Present and Future!
...we get Rewards for Good Works done AFTER we are Saved and as we stand before the Judgment Seat of Christ!