Kerry on Iran Deal: ‘If Allah Wills It’


Ah! What do you know, we shall yet have a twofer, here:

Putting his hands together in such fashion is not difficult for kERRy, who comes from the Roman Catholic CULT which is quite familiar with it, the joining of the hands to be a trademark of most every pagan religion!

Kerry on Iran Deal: ‘If Allah Wills It’

Iran can pretty much write their own deal.
Check it out:
Secretary of State John Kerry allegedly responded in a most unusual way to a reporter’s question Friday whether a nuclear arms deal could be reached with Iran before the March 31 deadline.
“Allah willing,” Kerry replied — in Arabic, according to Laura Rozen, a reporter covering the Iran nuclear talks in Lausanne, Switzerland, for the Washington, D.C.-based online publication, Al-Monitor.
As news reached the public Friday that a deal may be forthcoming, Rozen tweeted:

Labels: Kerry on Iran Deal: ‘If Allah Wills It’


This is so heartwarming!!  It surely debunks the idea that Jews are racist and for apartheid!

Israeli medical students 'adopt' young wounded Syrian boy
A Syrian boy who lost a leg while shepherding sheep was sent to Israel for treatment, where he's captured the hearts of 6 medical students that are doing...
israelandstuff.com
Unlike · Comment · Share

Governor Scott Walker does NOT support amnesty for illegal immigration 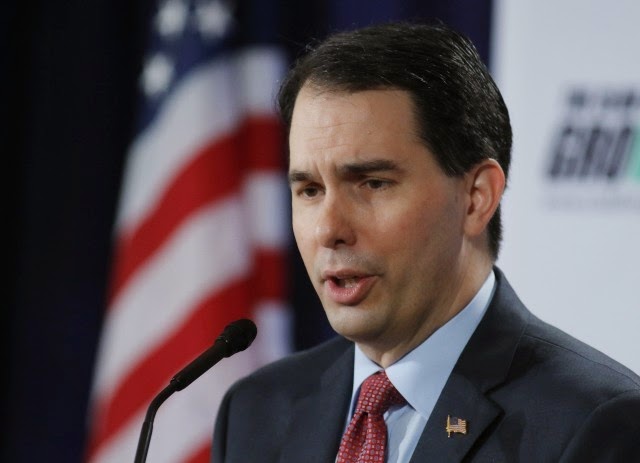 The Wall Street Journal reports that Wisconsin Gov. Scott Walker had shifted his stance on amnesty during a talk in New Hampshire earlier this month.

“Walker’s remarks, which were confirmed by three people present and haven’t been reported previously, vary from the call he has made in recent weeks for ‘no amnesty’—a phrase widely employed by people who believe immigrants who broke the law by entering the country without permission shouldn’t be awarded legal status or citizenship,” the Journal wrote.

Gov. Walker’s spokesperson Kirsten Kukowski says that report is wrong:
“We strongly dispute this account. Governor Walker has been very clear that he does not support amnesty and believes that border security must be established and the rule of law must be followed. His position has not changed, he does not support citizenship for illegal immigrants, and this story line is false,” she announced in an email to journalists Thursday afternoon.

Stay tuned for more details on this developing story.
http://www.breitbart.com/big-government/2015/03/26/scott-walker-camp-disputes-wsj-story-insists-gov-does-not-support-amnesty/