.
Thinking of crafting a "new year's resolution" list? Any charities and missions in it?

Well, there is no more worthwhile charity than http://www.givedirectly.org/, that seeks NOT to enrich CEOs,
NOR provide so-called short-term "missionaries" with a feel-good vacation, but to put 90% of every dollar donated toward the end for which it was intended!

"The first time I heard about GiveDirectly, I couldn't believe [an NGO could] just come in and give free money...and I thought people were going to waste it...." in this video, GiveDirectly Uganda field officers Rosemary Apolot and Charles Omoding share their initial skepticism about giving cash to the poor, and explain how their experiences with GiveDirectly recipients changed their thinking. 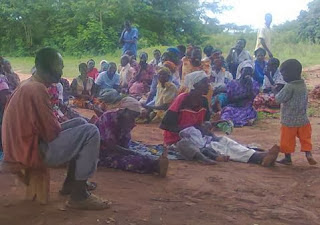 Quite recently, I received a 3-page hand-written letter from the subject of a post, Debbie Deborah Wright Martin's SHORT-TERM "MISSION" to that little country, called Africa, explaining to no end the worthwhile endeavors her little rich self puts herself through to "help out" with her YEARLY missions to the needy.  I haven't the time to transcribe it, together with the very compelling newsletter she sends around to friends, when asking for donations for such a lofty cause.

Indeed, such ventures last for some three weeks, their group gallivanting from one site to another, all in the name of spreading the word of God!  Ironically, she divulges not the institution / denomination through which such lofty ideals are wrought, one never as much to know what version of the Bible is used!

Yes!  And for the privilege of the poor who need wash their clothes by the river; where also their fish is cleaned; who live under thatch roofs with no running water nor electricity; in "school rooms" that have no chairs, just stools; with all of whom they are sure to "pray" (do the locals understand what is being said?) and leave a copy of the "bible," where the days are short year-round, and there be no electricity by which to read such bibles, these are to be so very thankful!   I forget now the number she claims was "saved and baptized!"  Clearly, she knows not to divide the word of God correctly, such only adding to the "numbers" taht can be advertised, and INCORRECT doctrine is preached to these in need!

I compare such with a visit to a zoo or a freak show, to whose "animals" one throws a crumb or two, greatly amusing the giver, nevertheless, leaving the recipient of such miserly crumbs wanting more.  EXCEPT, animals in a zoo are well tended, before and after any such mirth-filled visits, and the "freaks" in any show are compensated through wages earned!

Three weeks, spent in numerous villages, where language is, no doubt, a barrier, where, Debbie claims to have "left a piece of her heart!"  I don't think so!  Should you see the LUXURY in which she lives and travels, you'd know EXACTLY where her heart lies!

And the cost for all this?  A miserly $5,000.00 PER PERSON, and I believe, I counted some ten in the group.  I haven't the newsletter at hand to verify this, again.

Can anyone imagine just how many wells could be dug, how many professions could be enabled to the family men in these villages, through so much cash?  How many decent school-rooms could be built, with chairs, where through education they might just inquire as to the word of God?

Ah, but these rich do-gooders feel they are doing God's work!  Oh, yes, Debbie insisted it is not a vacation.  She must have meant it is not her ONLY vacation, for, it seems, she and her business-owner hubby cross the country in a luxurious travel trailer camper, "roughing it out" in beautiful state campsite cabins!  Her name should soon be found to be a synonym for HYPOCRITE in any thesaurus!

I cannot imagine more selfish work, which pleases but her flesh, and not that of the poor she claims to be helping!
Greatly IRRESPONSIBLE it is!  Outright theft of God's money! 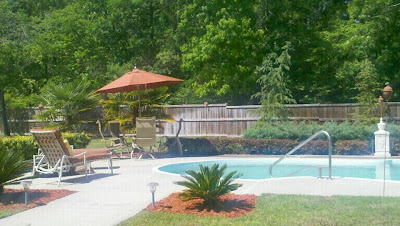 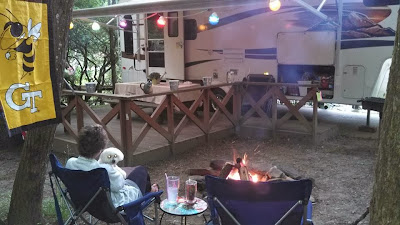 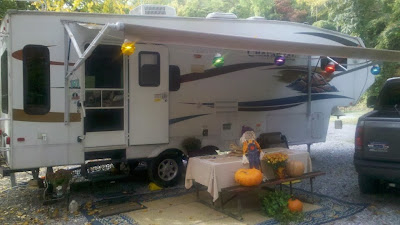 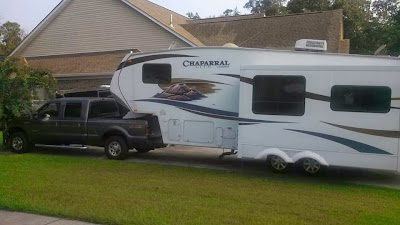 Compare this mere fun-vehicle with the living quarters of the natives in some village, posted by Mark Martin: 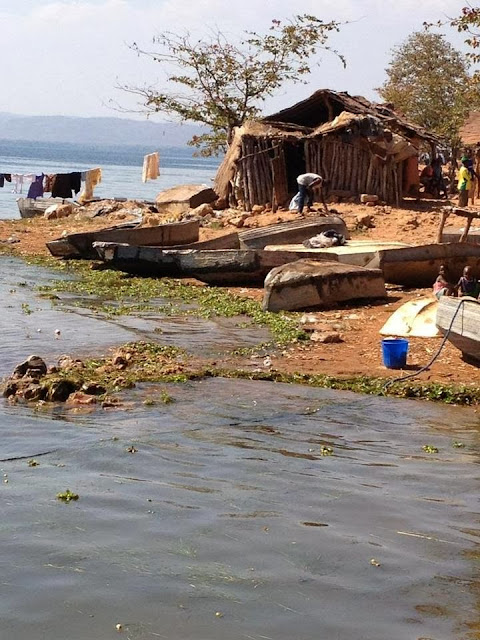 He writes: "Missions update: their trip is winding down and everyone is pretty tired. This picture was taken at one of the river villages and this particular one is where an exorcism took place."

Exorcism?  Hmmm!  Thus, I am ascertained the sponsors of such "mission" trips are certainly not Christian!  Still, NOWHERE on her page or anywhere else, is ANY MENTION of to what denomination she subscribes!!