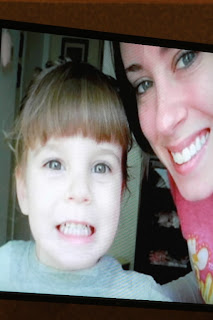 Not quite!  We live in a society in which the life of a child is meaningless!  Look at how we treat abortion!  Fifty million children banished from the face of the earth mostly to accommodate the mothers' wishes!

This is simply unreal that come Thursday this pathological liar will probably walk, assailed by book deals (Gee! She could name it "timer 55" or perhaps extend it to the number of days up to July 5, 2011! Just helping you with ideas, Casey, albeit we know just how fertile your imagination is!) and television-show bookings, and, I would not leave this out: a "Bella Vita" clothing and apparel line!  Neither would I put it past one such debased individual, that she would capitalize on pictures of her daughter!

But, while it is that the prosecution will be able to sleep for having done a superb job, I pray, from the bottom of my heart, that EVERY MEMBER OF THE JURY OF TWELVE BE MADE TO PAY DEARLY TO THE END OF THEIR LIVES for such miscarriage of justice where in 9 hours of deliberation they decided on a capital murder case!  This is LAZINESS!!  For now, a carte blanche has just been issued to some other narcissistic individual copycats, who may see their child to be a burden and have been given an easy way to "dispose" of them! They may be prosecuted, but, if they can tough it out some three years, they can be sure to be set free by a sympathetic IRRESPONSIBLE jury!

We still may see this sociopath punished by the judge who is not known to be soft on crime, who will make her FOUR guilty charges to be served sequentially, and not concurrently, each to carry a one-year term!

Justice, indeed!  What a shame!  But Caylee is well!  She is in Heaven!


Related post: In the mind of a SOCIOPATH the end always justifies the means: "timer 55"
...

Labels: In the mind of a SOCIOPATH the end always justifies the means: "timer 55", Justice for Caylee?